Living an irony in uncharted territory: When a bountiful maize harvest co-exists with hunger 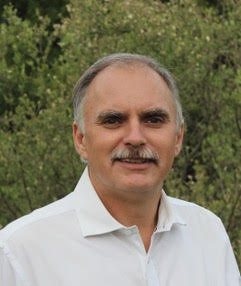 The irony of widespread reports of lockdown-related hunger, is that South Africa is experiencing one of its best-ever maize harvests.

As the reality of the catastrophic way in which the Covid-19 pandemic is being managed by the powers that be slowly sinks in, we realise that we’ve become the first people ever to put a stop to an entire, worldwide, economic system and everything else that is involved. Nations, several million strong, have willingly surrendered civil liberties long fought for with blood, sweat and tears.

With load shedding Stage 6 a minor blip in the distant past, welcome to Offload100 (DBT) – the 100% offload of both the local and global economy. With no historic reference point, this is uncharted territory on a global scale.

We are in a time that can be compared to a land marked on an ancient map by a DBT inscription (“Dragons Be There”), suggesting that beyond a known frontier, there might be dragons. This is an area saturated with unknowable unknowns: welcome to the new normal.

With Offload100 (DBT) in full swing, comes social fragmentation and polarisation combined with economic inequality. In this hour, we are asked to commit to physical distancing – shredding society into even more pieces.

People have become afraid of each other, not willing to make contact, not even to look each other in the eye; a handshake a sign of ill-intent. Afraid of what might prowl in the cough and sneeze or what might lurk in the hands of a once close friend. Afraid of the unseen, the unknown, the dragons in the air – and so we profusely wash our hands and hide our faces behind masks.

South Africa has seen some of the harshest Covid-19 responses globally, but at what price? Amidst the government’s obsession with control and ongoing bickering about who may and may not extend a hand of kindness in the form of a food parcel to a person in need, while consuming it themselves, unemployment is skyrocketing. It is estimated that unemployment will reach 35% in the third quarter of 2020, the highest it has ever been. While hovering around 25% for many years, suggesting one in four people is unemployed, we’re about to breach the one in three threshold (see the figure below). This is truly uncharted territory – beware the dragons!

Ask Africa, in its Week 17 Covid-19 report, states that 33% of respondents in the survey went to bed hungry or without food for a day, while 44% were suffering from some form of emotional distress and were either afraid or depressed.

This is supported by NIDS-CRAM which found that 47% of respondents reported that their households ran out of money to buy food in April 2020. It thus comes as no surprise that the news is awash with headlines such as “South Africa faces mass hunger”, “Children eat wild plants to survive”, “Child hunger on the rise”, “The biggest lockdown threat is hunger hunger everywhere”, “The horror of child hunger stalks our land”, and “South Africans are literally starving”.

With the future of South Africa at stake, let us not be masked by a blatantly obvious, yet tragic irony – with irony defined as an absurdity between what is expected and what occurs in reality. Given the facts above, with suggestions of famine reminiscent of times of war or depression, one would expect equally depressing crop harvests – yet the opposite is true.

Surrounded by a sea of hunger and political ineptness, South Arica is enjoying the second-largest maize harvest of all time, second only to the bumper 2016/17 crop, as shown in the figure below.

From me, a non-producer, a word of sincere gratitude and appreciation to all producers. Thank you. You have done your part.

DBT: With both hunger and unemployment at unprecedented levels, while the granaries are filled and politicians are seeking innovative routes to self-enrichment, the people’s patience is running out.

It also includes improving ways to transfer knowledge pertaining to regenerative production methods that heal the land, and the enhanced capability to reach those who are in need with the stores at our disposal. To this end, initiatives such as Project Heal wish to contribute.

It is time for the government to step aside and allow caring South Africans to do what South Africans are great at uniting in the face of adversity, facing the storm, and caring for one another. DM