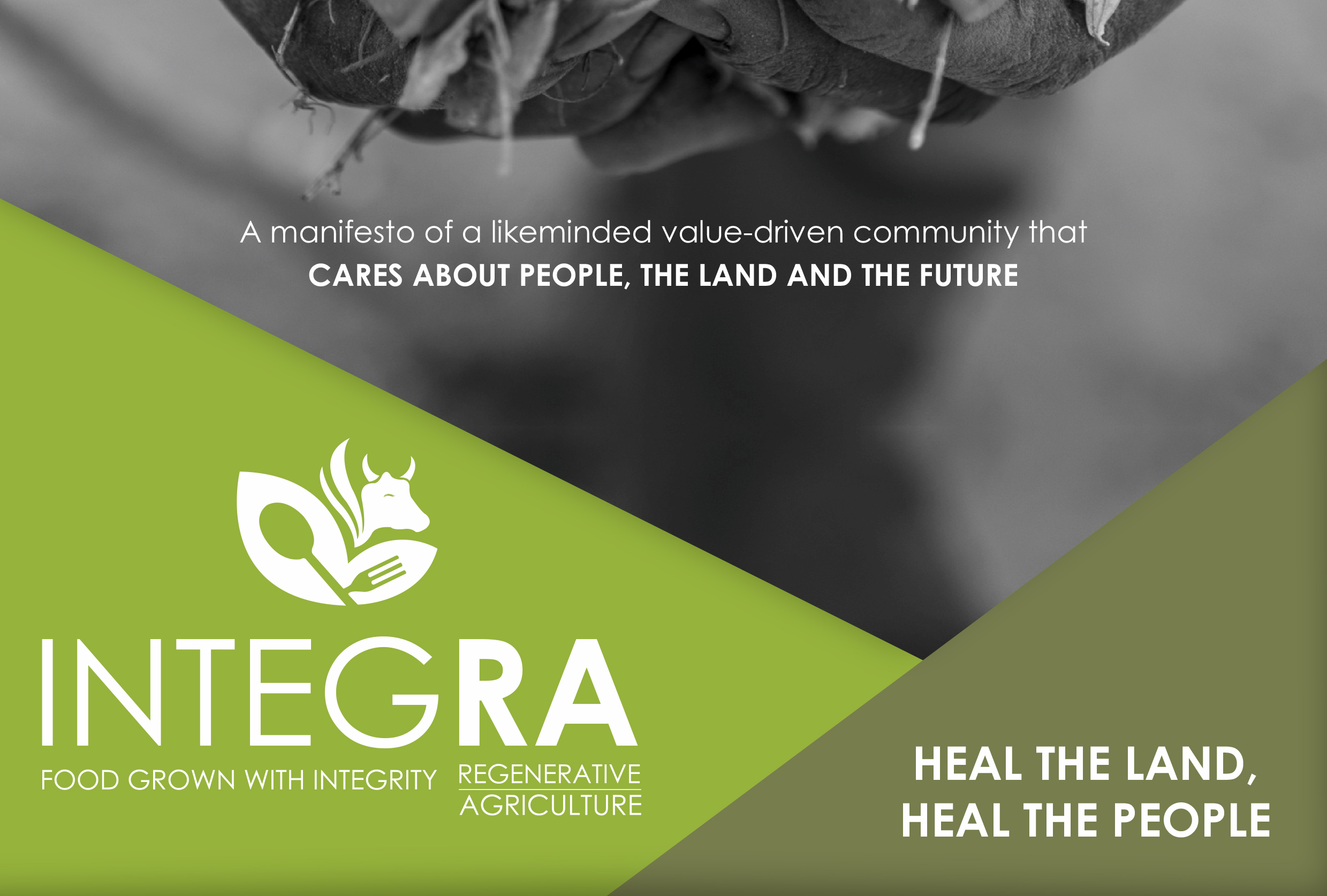 Watch a Message About Our Campaigns

WHAT IS REGEN AG.

In 2017 representatives from over 100 countries, including virtually all areas of food production, manufacturing, retailing and soil science have, for the first time, come together on a unified definition for the quickly emerging “Regenerative” approach to growing food that has been shown to provide multiple benefits to food security, health, and climate change. 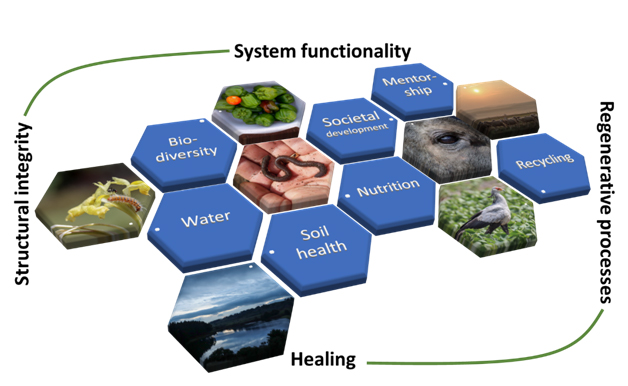 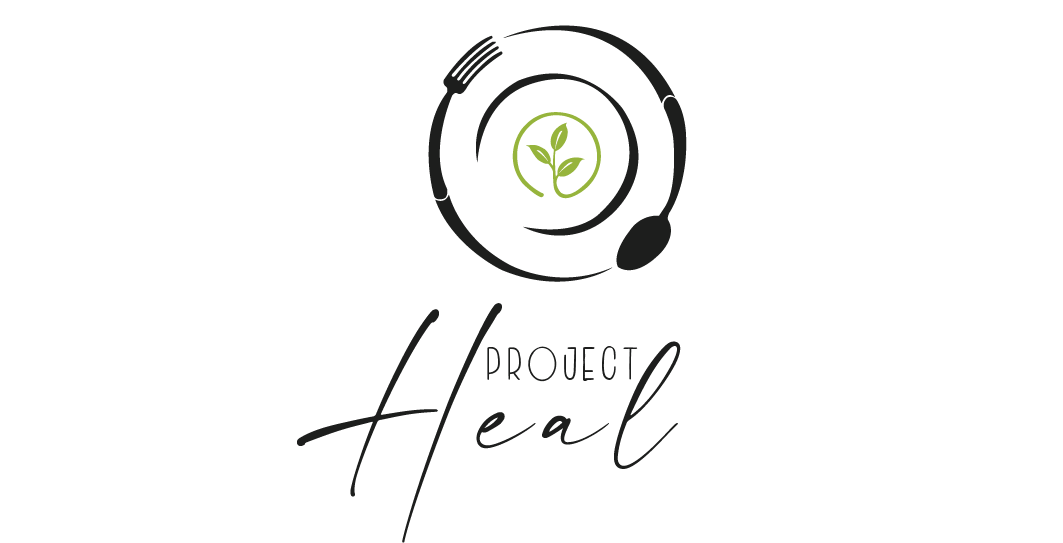 Specifically, RA claims to be a holistic land management practice that leverages the power of photosynthesis in plants to close the carbon cycle, and build soil health, crop resilience and nutrient density. Regenerative agriculture improves soil health, primarily through the practices that increase soil organic matter. This not only aids in increasing soil biota diversity and health, but increases biodiversity both above and below the soil surface, while increasing both water holding capacity and sequestering carbon at greater depths, thus drawing down climate-damaging levels of atmospheric CO2, and improving soil structure to reverse civilisation-threatening human-caused soil loss. RA highlights the damaging effects to soil from tillage, applications of agricultural chemicals and salt-based fertilizers, and carbon mining. RA aims to reverse this paradigm to build for the future.

The key and perhaps biggest shift in emphasis in RA is “that it not only “does no harm”, to or conserve the land, but actually improves it, using technologies that regenerate and revitalize the soil and the environment. RA leads to healthy soil, capable of producing high quality, nutrient dense food while simultaneously improving, rather than degrading land, and ultimately leading to productive farms and healthy communities and economies. It is a dynamic and holistic, incorporating permaculture and organic farming practices, including conservation tillage, cover crops, crop rotation, composting, mobile animal shelters and pasture cropping, to increase food production, farmers’ income and especially, topsoil.” (Regeneration International website https://regenerationinternational.org/about-us/).

These notions are strongly illustrated in the figure on the right.  With respect to regeneration there is a constant search for general inclusive (cathedral) thinking and net positive fertility flows across an array of systems, not just a few. 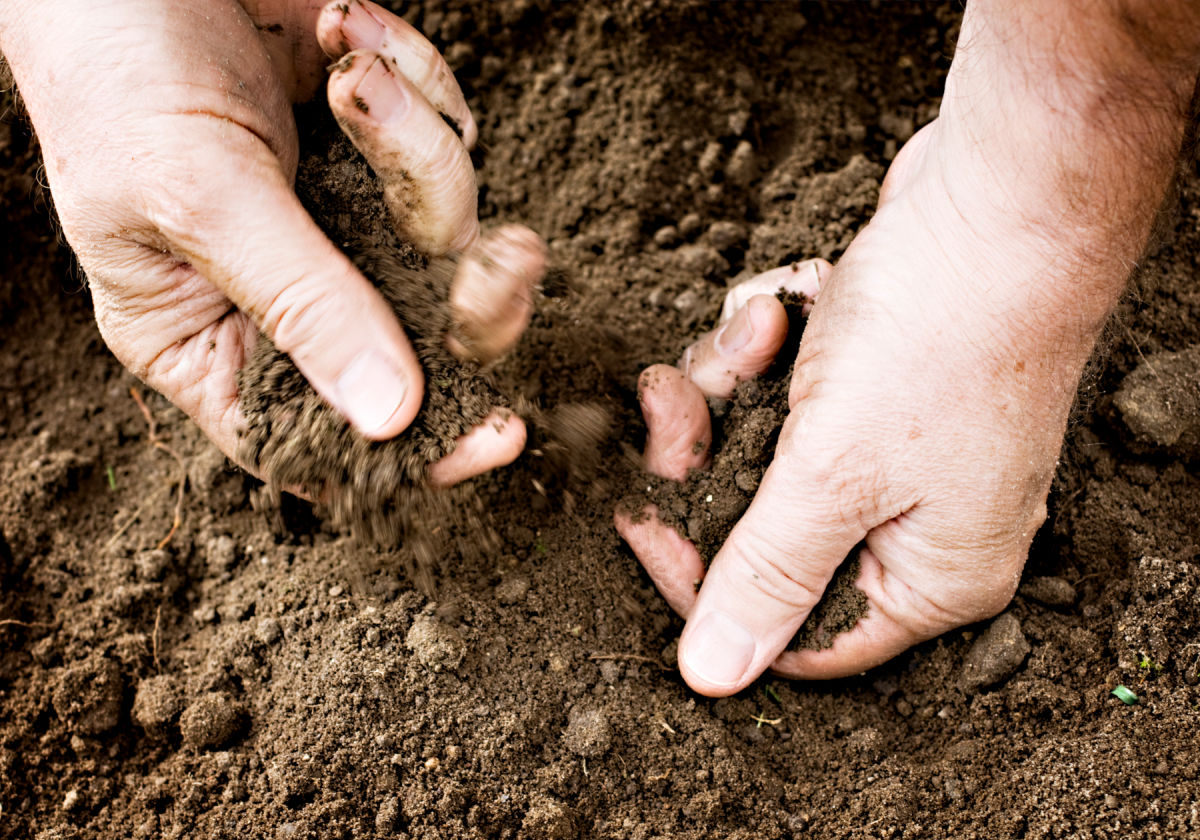 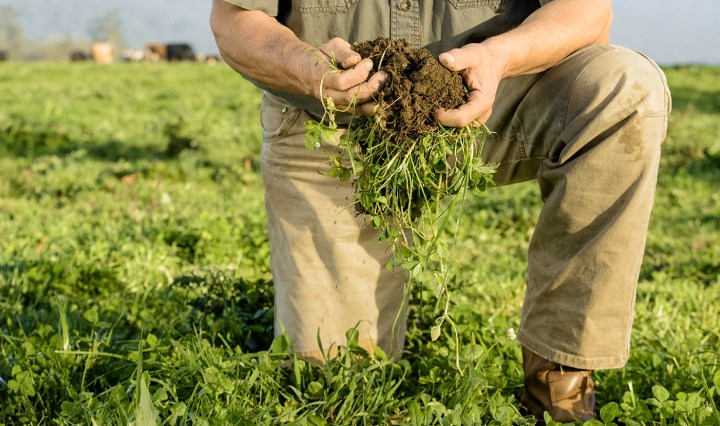 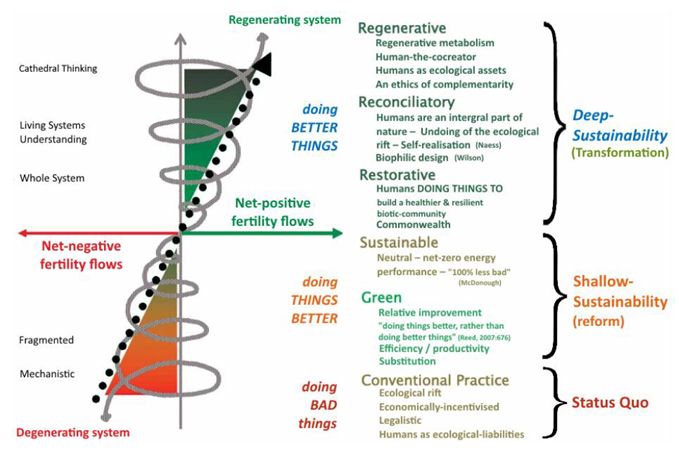 There are six core principles of regenerative agriculture, highlighted below

Although CA and RA use slightly different definitions and place emphasis on different words, they are essentially the same. Both approaches share the same principles and can achieve the same environmental, and socio-economic outcomes if all the principles and practices are applied correctly. The principle of ‘context’ and a greater emphasis on living roots and livestock by RA help to create a bigger awareness among farmers and other practitioners about their role and function, specifically on soil health. Both approaches can regenerate (restore or improve) and protect natural resources with the potential of a drastic reduction in external inputs, even to the level of an organic standard, although there is a strong perception that RA lean much more towards the latter, while CA has the association of being using high amounts of agro-chemicals. Integra Trust’s view is to be inclusive and to accommodate both approaches and supporters (including other relevant approaches), since they have both a wealth of resources and supporters passionate about the same end-goals. However, whichever definition is used, it would be important to highlight the principles and practices, which are really having the desired impact after all. For that purpose, we will adopt the use of the all-inclusive six principles of RA illustrated by the figure above. Hence, from all practical purposes, Integra Trust sees the term “Regenerative agriculture” as inclusive and accommodating of CA and will be used from here on in this document.

Regenerative agriculture: adaptation within the context of each farmer

Extensive global and local experiences and research findings informed the Integra Trust concept development (Kassam et al., 2015; Smith, 2006; Smith et al., 2017). Central to this concept is that the introduction of complicated, multi-component technologies such as Regenerative agriculture (RA), into complex socio-economic environments create ‘wicked’ (extremely difficult) challenges and require the development of innovation systems (IS) to adapt technologies to local conditions, which critically place the farmer in the central role. Indeed, the only way this radical transformation could have happened in many countries (in most cases without appropriate research, education, training and support services in place) was the leading role of farmers themselves and the opportunities they have created to act, observe, share, learn, reflect and adapt (through constructive communication, interaction and dialogue) with other key interested farmers and stakeholders. In these cases, RA has in fact been ‘constructed’ on farms and by farmers for decades (Coughenour and Chamla, 2000).

The IS model recognises that each farmer is already on a RA development journey and has a significant level of innovation capacity. It implies that each farmer will develop and adapt a RA system in his/her own biophysical, social and economic context or reality, on his/her own pace. The Integra Trust model’s function is to create an environment and facilitate the involvement of technical, financial and infrastructure support to further enhance the farmer innovation process (for both commercial and smallholder farmers) by applying a family of initiatives and mechanisms to facilitate financing, awareness, learning, research and adaptation, all together in one holistic model.

Underlying the Integra Trust model is autopoiesis, which refers to a system capable of reproducing and maintaining itself (Maturana and Varela, 1980), such as any living system, including healthy soil or even a plant cell. It is a self-regenerative system made-up by the components and processes in its structure or network. RA’s principles per se are in effect and largely intended to protect the system as unaltered as possible thereby leaving and restoring, where necessary, as many as possible of the existing, extensive matrix of autopoietic processes that manage the particular system in place and in control (Tonie Putter, personal communication). In summary, autopoiesis is what is needed to have (information, resources, components and processes) in order to keep (sustain and regenerate) that what is required to have (healthy soil and food) alive and in good condition (with integrity) to ensure both our survival and that of our descendants. Indeed, the property of emergence (e.g. of innovation and regeneration) is important in complex autopoietic systems, as well as synergy, by which the action of the whole is more than the sum of the actions of the parts. 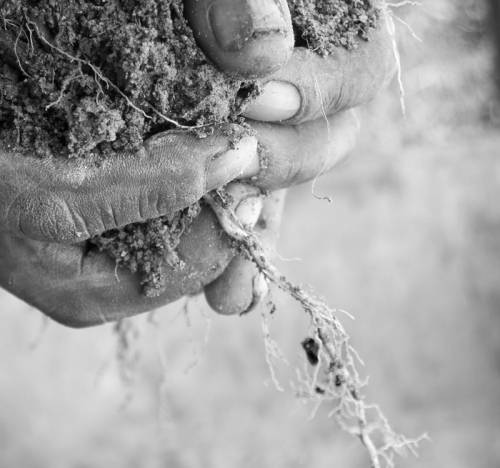 https://assetresearch.org.za/ has been established in the early part of the century as an independent research and capacity building vehicle, and NPO/PBO to advance environmental economic and related research.  James Blignaut, martin de Wit and James Aronson are the directors.

This has not yet been discussed, but an option would be for Integra Trust to take joint ownership of ReStory together with ASSET Research.

ReStory website and blog (www.restory.co.za) has being developed by James Blignaut through ASSET Research to advance the dialogue in restoration (broadly defined) and to promote a culture of restoration.

RegenAG SA (https://regenagsa.org.za/) was started to advance the case for regenerative agriculture in South Africa by building community amongst existing practitioners and providing information, community, and support for interested farmers and consumers.

RegenAG SA works closely with Integra especially I-Link, promoting the I-Score and providing a platform to link regenerative agronomists and regenerative farmers from all around the country.

A multi-faceted partnership with http://www.structuredgrowth.co.za/ is being developed.  There is great overlap in values and in purpose with respect to the promotion of regenerative agriculture.  http://www.structuredgrowth.co.za/ has a unique package of crop insurance and a pro-active approach towards risk insurance with respect to regenerative agriculture.  While no formal agreement exists yet, informal collaboration happens on a broad scale and is to be promoted.